Home » Latest News » Mediation and domestic abuse – would mediation work for Mel B? 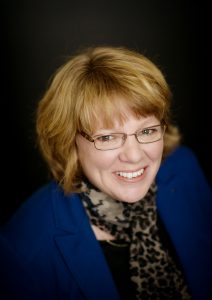 The press is full of reports about former Spice Girl, Mel B and her filing for divorce from husband Stephen Belafonte. Mel has reportedly taken out a restraining order against her husband, saying he has been physically and mentally abusive over their ten-year marriage. Stephen, however, denies the allegations and says he will fight for his children.  He is father to their daughter, Madison, of whom Mel has applied for sole custody, and step dad to Mel’s 2 children from other relationships.

It sounds very much like a bitter battle ahead – but does it have to be – would mediation work?

In domestic abuse cases, couples can take advantage of the benefits offered by mediation if they are both willing, and appropriate safety measures can be put in place. Here at Family Matters, the first meetings for everyone to talk about mediation are separate – sometimes people bring a friend with them for support. We train our mediators to spot the signs of domestic abuse and at these meetings, we can find out about the individuals and try to understand how their separation happened and how they feel about each other. Not all couples are the same. They have different problems, histories and hopes for the future – even when domestic violence is involved.  We will know find out from this meeting whether mediation is appropriate. If it is, but we think there might be  a risk of violence, we can still mediate by way of shuttle mediation, where the people arrive and leave at different times, sit in different rooms and the mediator moves between the rooms.

Mediation has many benefits for all couples – one being cost. The average cost of a contested divorce is £5,000 – £10,000 per person, whereas the average cost of mediation is £500 – £1000. This is unlikely to worry Mel B too much – she has already offered her husband (who is looking for £10 million) £5 million and the private island she bought him for his birthday a couple of years ago – for a quick settlement. Speedy settlement is another benefit of mediation. It is much quicker than the litigious route, which can spread over years.Even if only one of two things can be agreed in mediation this can begin the process of building agreements, so there is less to decide about in court – which should take less time and cost less. Courts support mediation as a better way of reaching agreement as the mediating couple remain in control of the process.  Speed and the effect of the divorce process and its surrounding coverage is something that Mel B is definitely worried about.  She reportedly wants it ‘done and dusted’ as quickly as possible to reduce the effect on her children – hence the initial offer. The co-operation of the mediation process also puts separating people in a better place to ‘get on’ after the divorce, so they can continue to co-parent their children afterwards.

It’s important to remember that legal aid is still available for mediation and Alison McIlroy, director and mediator at Family Matters says

“People often assume that because they are working they will not qualify, but the assessment takes a lot of things into account and people are regularly surprised to find that they can be legally aided.”

Having said all that, if either of the couple would feel unsafe or not in a position to think clearly, mediation is not an option for them.  It is the role of the mediator to identify when mediation will offer a constructive, safe way forward and to signpost to appropriate sources of advice and support.

So, if Mel and Stephen are trying to minimise the conflict, reduce the effect of their divorce on their children and deal with issues outside the court arena (and the press), mediation could work for them. Current reporting and flying accusations seem to suggest not – but we will have to wait and see.

To find out if mediation can help you, please contact our experts now, or find out more on our web pages.

Has your income been changed by COVID 19?

Sally and Joe have two children – George, aged six and Lucy, aged nine. They separated a year ago. Sally and the children live in the family home and Joe has recently moved 15 miles away to live with his partner, Julie, and her 13-year-old … END_OF_DOCUMENT_TOKEN_TO_BE_REPLACED

Background Adele and Robert contacted Family Matters three months after the breakdown of their relationship. They each attended an individual mediation information and assessment meeting (MIAM) and decided to proceed with joint … END_OF_DOCUMENT_TOKEN_TO_BE_REPLACED

Background Katie and Oliver came to mediation following 18 months of financial discussions through solicitors. Katie lived in the former family house with their 10-year old twin girls, conceived through IVF, and Oliver had moved into … END_OF_DOCUMENT_TOKEN_TO_BE_REPLACED

Joan and John were referred to mediation by their solicitors. They were married for five years after a 25-year relationship and wished to deal with financial issues arising from the breakdown of their relationship.  John lived … END_OF_DOCUMENT_TOKEN_TO_BE_REPLACED

Tanya and Lee were referred to mediation by court. Communications had broken down significantly between them following a difference in opinion about where their son would attend secondary school. An application to court for a specific … END_OF_DOCUMENT_TOKEN_TO_BE_REPLACED

What people are saying about family matters...

Read more
Accreditations and people we work with