The government this week announced details of how no-fault divorce will work when it is introduced.

Support for the introduction of no-fault divorce is clear following last year’s 12-week consultation, which itself followed Supreme Court judges’ comments that they felt ‘uneasy’ when failing to support Tini Owen’s divorce appeal.

The government has said that a new law will be introduced when ‘parliamentary time’ allows, which will mean that it will no longer be necessary to lay ‘blame’ on one or other partner.

The changes will mean that, whilst irretrievable breakdown of the relationship will remain the sole ground for divorce, there will be no need to prove that there has been adultery or unreasonable behaviour or that a couple has lived apart for two or five years. The new rules will also allow a joint application for divorce, but it will still be possible for one of the couple to apply.  Importantly, it will no longer be possible for the other spouse to oppose the divorce application.

The application itself will remain the same, using the decree nisi and decree absolute process, but there will be a minimum six-month period between the lodging of the divorce petition and the divorce becoming final.  The same changes will be made to dissolution of civil partnerships.

“the changes are well overdue and have been supported by mediators for a long time.  They will allow couples who reach agreement regarding their divorce in mediation, to make progress at their own pace (taking into account the minimum six-month period) and will not suffer delays caused by the court process.”

Family Matters helped a separated couple who had twins aged 18 months.  The couple, James and Sarah, separated in March 2018 and James wants to take his children to Devon to see his parents. Sarah didn’t want this to happen, maintaining … END_OF_DOCUMENT_TOKEN_TO_BE_REPLACED

When a child decides that they want to live with the other parent to the one they already live with, holidays can present difficulties.  In a case where the child, aged 14, had fallen out with her mother following an argument, Family … END_OF_DOCUMENT_TOKEN_TO_BE_REPLACED 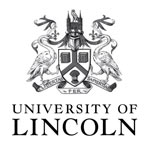